My short story ‘Grampy Joe’ picked up third prize in the Odyssey House Victoria 2012 short story competition. You can read it on their site odyssey.org.au, or here.

Grampy Joe lives in a retirement home. But we’re not meant to tell him that, ‘cause, he doesn’t think he does. Grampy Joe, he thinks the home’s cleaning lady is his wife. He thinks the communal eating area is a new restaurant every time he goes to eat. And he wonders when the bloody hell all his neighbours got turned into old people.

Grampy Joe, he’s got some medical issue with his brain. Its called Alzheimers, or dementia, or I don’t know. In any case Mum says its ‘cause he’s a drunk. ‘Cause he’s always been a ‘bloody drunk’!

I reckon it’s probably true, that Grampy Joe is a drunk, ‘cause, his face is all red like a drunk. His nose is all big and bulbous with ugly pockmarks on it like a drunk. And he’s got heaps of whiskey bottles hidden in his room even though you’re not allowed. Plus, he’s always drinking.

When I come see him, sometimes he remembers me, and sometimes I have to tell him who I am, Jack, his grandson. Either way it doesn’t matter. Grampy Joe is always happy to see me, ‘cause, it means he’s got someone to drink with.

This is how Grampy Joe is always starting up my visits. With a drink and some old story ‘bout how he could’ve gone one day with no drinks, but didn’t.

“It could have been a piss free day but one of my so called mates came ‘round, so what the hell am I supposed to do? Gotta offer the damn bugger a beer don’t I?”

Grampy Joe thinks he’s still 25-years-old or something. When I come see him, maybe he thinks I’m one of his mates and he needs to brag about all the alcohol he’s drunk, how he aint given up.

“And you can’t let a mate drink alone. That’d be poor manners. So anyways, one beer led to another, then another, you know how it goes, till it’s about 7pm and we’re both stone cold drunk!”

He gives an old man’s rasp or some noise like a laugh. Then he holds up his glass for me to chink and gobs his whiskey down in one go. Then he pours himself another. Me, I sip at mine, to be polite. His whiskey is hard to get down, but, even more in the morning.

He holds up his glass so I chink it again and his second whiskey goes down his gob almost as fast as the first. But this time, me, I only fake a sip. Grampy Joe picks up the bottle again, and pauses, but only to finish what he was saying.

“That could’ve been a piss free day too but to get to the supermarket to buy dunny paper, I gotta go past the pub. If I walk straight past, don’t go in and say hi to Madge the barmaid, that’s pretty damn rude isn’t it?”

I give a small smile. Seems Grampy Joe, he’s always had an excuse.

“One pot,” Grampy Joe continues, “One pot I say to myself, ‘cause hey, you can’t stand in a pub and not drink. Only a nancy boy would do that. And, well you know how it goes, one drink led to another and another till it was closing time and the supermarket was shut and I’m wiping my arse with newspaper.”

That’s pretty funny that one, wiping your arse with newspaper. I want to ask him if he read it first, but, he’s too busy concentrating on pulling his glass to his lips without spilling a drop, ‘cause, he kinda overfilled it.

“Day before that,” he goes, “Heck, my girlfriend was over for dinner.”

He means Grammy Jan. She used to be his girlfriend. Then she was his wife. After, my mum’s mum, and my grandma.

“I cooked for her. Says in the recipe, “Add wine”. Add wine. That’s a joke, right? You know when you cook alcohol, the alcohol evaporates? It gets cooked into thin air? Well, I thought, that’s a damn waste, so I drank the half cup the recipe told me to chuck in with the meat, and well you know how it goes. I opened a good drop there. All I can say is, it’s a good thing I buy my wine by the dozen!”

He says that and rasps again. Then he slurps at his whiskey but this time leaves some in the glass.

Grammy Jan, she didn’t drink much. She used to say, before she died, that Grampy Joe did enough drinking for the both of ‘em. Then Mum would say,

“For the whole damn street!”

I don’t think Grampy Joe ever got violent or nothing. His stories about how he could’ve got off the piss are always too funny, even if I’ve heard ‘em all before. But how Grammy Jan always told it, that he drank enough for the both of ‘em, I reckon that sometimes it must’ve been hard, living with a drunk. Maybe Grampy Joe drank so much they never had much money. Or maybe it was that Grampy Joe, he was always so drunk he kept saying the same stories, always, and she got bored living with him. Or sick of all his excuses.

Grampy Joe finishes the glass, then, studies the last few drops in the bottle.

“Day before that could’ve been a piss free day but it was my old man’s birthday.”

I never knew Grampy Joe’s Dad. I wonder if he was a drunk too? If he was, wonder what he drank? Whiskey like Grampy Joe? Or sherry, like my mum. Yeah, my Mum drinks sherry, not whiskey. She doesn’t tell stories like Grampy Joe does either. When she gets drunk, she aint happy. She’s always complainin’ about how her Dad’s a drunk, how ‘cause of him she doesn’t get to inherit the house since they sold it to pay for his retirement home. And how I aint ever looking after her enough, ‘cause, I’m a rotten little shit of a kid.

Grampy Joe tries pouring those last few drops from the bottle in his glass but it doesn’t work, so he holds the bottle up above his mouth with his tongue hanging out till they drop on it.

“My old man, he ‘aint drinking now that he’s found god. So I had to drink for the both of us, hey.”

I wonder when my mum drinks and when Grampy Joe drinks, if it runs in the family. I wonder if that is a possible thing to happen. I wonder, if me I end up a drunk, if I’ll be a happy drunk like Grampy Joe, or a shitty one like Mum. I wonder too, if being a happy drunk like Grampy Joe, only remembering funny stories and mates and girlfriends from when you were young is a good way to get old. ‘Cause, like that maybe you don’t remember you’re old and in a home that stinks like piss and old people and sometimes shit. And that you’re gonna die soon. Maybe like that, it’s OK to be a drunk.

But then, I dunno how that’s ever gonna happen anyway, me being a drunk. This stuff tastes like shit. I didn’t finish the whiskey in my glass yet while Grampy Joe drank three of ‘em, and a few drops. Mum’s sherry tastes like shit too. But Mum says I’ll see. Says in a few years when I get old enough to drink, I’ll get a taste for beer or something and then I’ll finally nick off and leave her alone.

Grampy Joe, now he’s looking around for his other bottles.

“Today!” he says. “Today could’ve been a piss free day too! But then you rocked up and I couldn’t let you drink by yourself could I?”

Me I want to tell him that I don’t mind if I don’t drink, ‘cause I’m only 14, plus whiskey tastes like shit. But, Grampy Joe and Mum are always saying it’s bad manners to let someone drink by themselves. It’s the only thing they agree on.

Grampy Joe keeps looking for his other bottles. I know there’s one in the bottom drawer, one under the mattress, one behind the bookshelf and one in the bathroom cupboard. But, Grampy Joe doesn’t remember all these places like he remembers his drinking stories.

One of the cleaning ladies sticks her head in, says it’s time for lunch.

Grampy Joe stops looking around, or, forgets why he was.

Grampy Joe, he doesn’t remember my name much either. Grampy Joe moves to the door but then stops and stares at the whiskey in my glass.

“You gonna drink that Mick?” 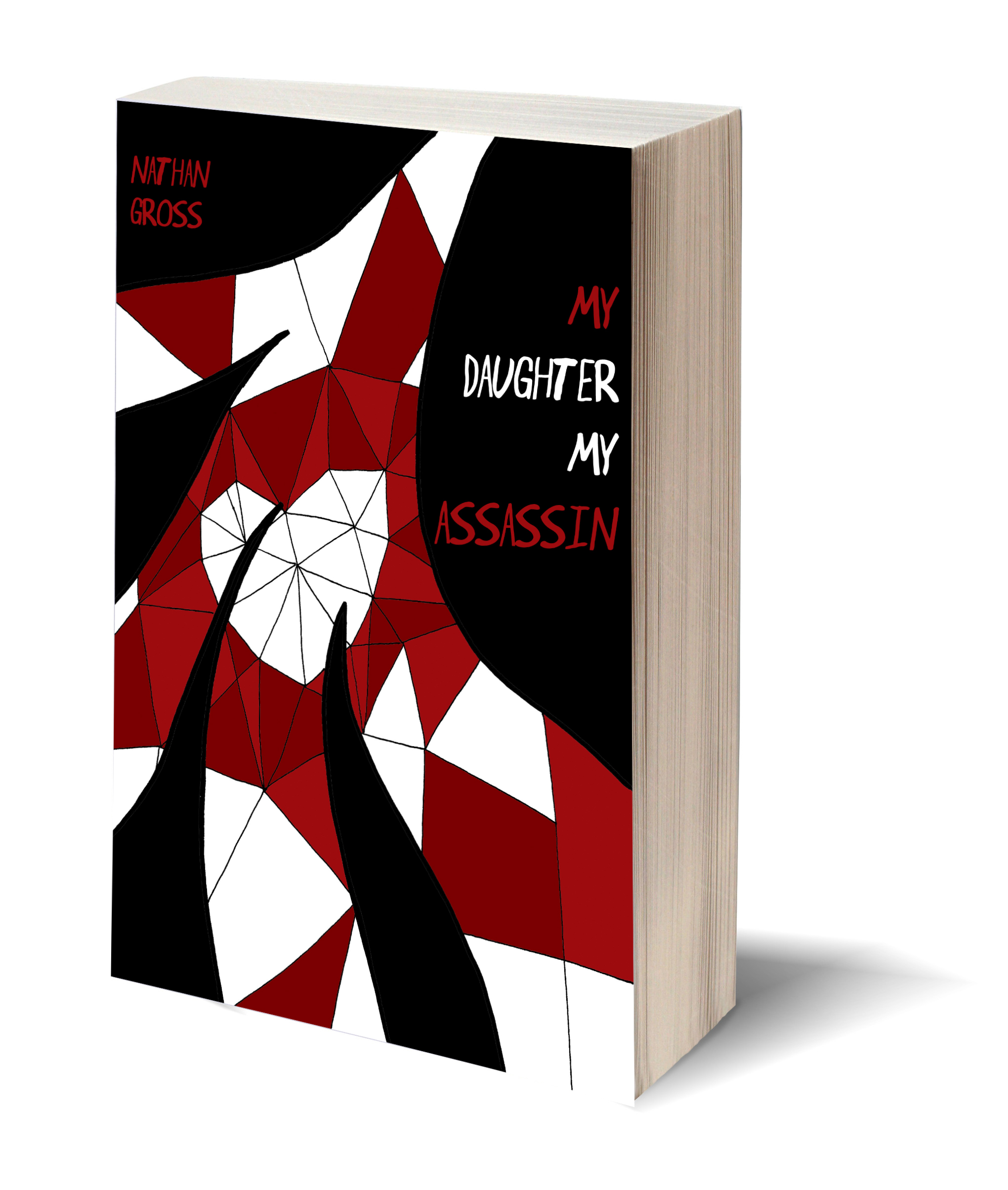 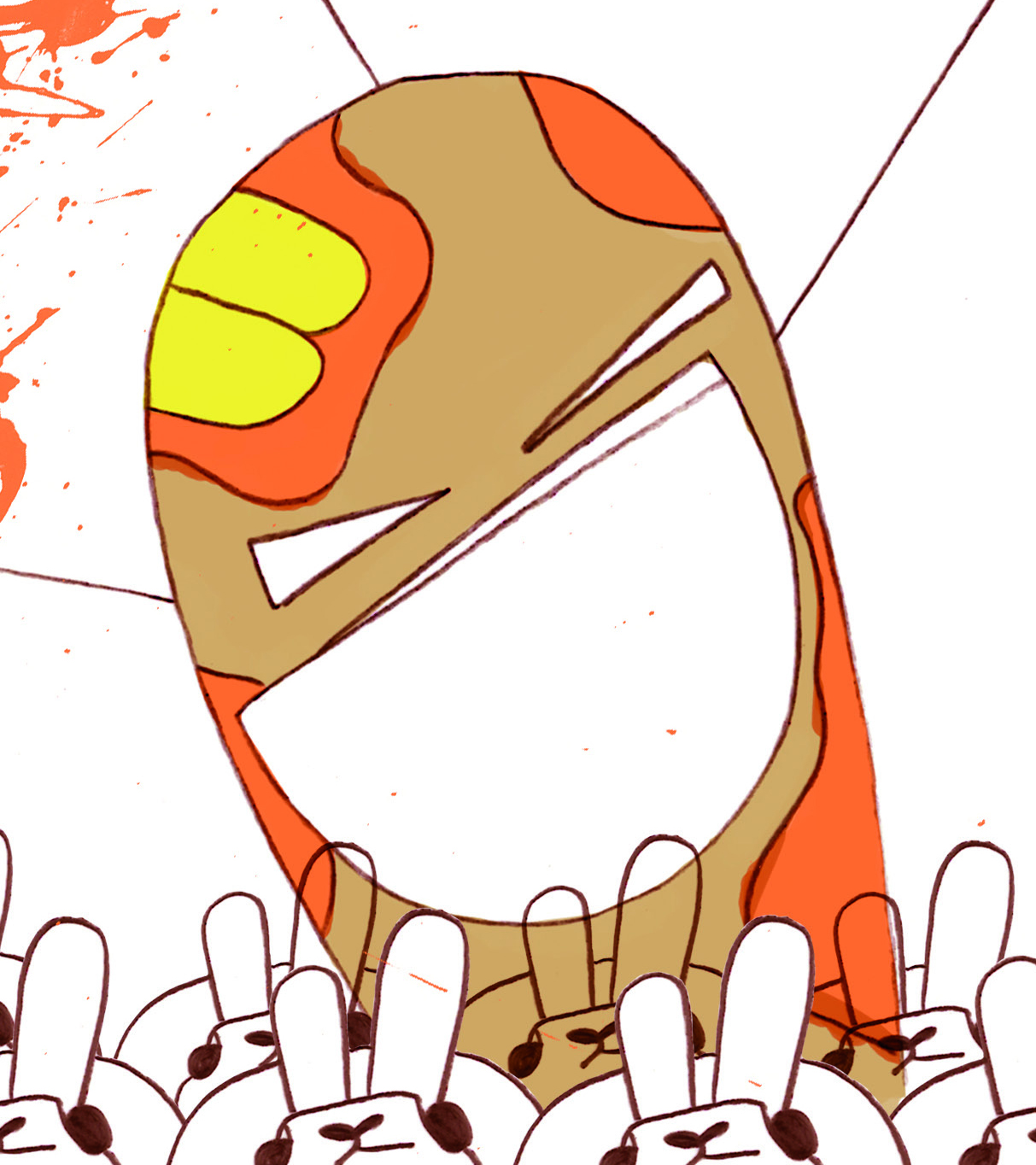